Ganesan ‘Bala’ Balachande started his career in physics but his real interest was always in wildlife conservation. He has over three decades of experience at the global, regional, and national levels in corporate banking, international development, applied ecological research, and social enterprises. He brings an interdisciplinary perspective to addressing challenges at the intersection of ecology, economy, and equity. He has lived and worked in Europe, US, Asia-Pacific, and India, where he is currently based.

Lisa Cloete (LC): How widespread is the use of Regenerative Agriculture techniques in the Indian farmer small-holding community?

Ganesan Balachandar (GB):  If you were to go back to the 1960’s, Regenerative Agriculture in its various forms that incorporated the use of trees, crops and animals, was widespread. However with food shortages the introduction of hybrid rice varieties, wheat and chemical inputs negatively affected the nexus between animals (cattle) and land. This was destroyed because cattle are very much an integral part of the Indian agricultural scene as it incorporated draft power and organic cattle manure made from their dung that was prepared and used on the smallholder farms. 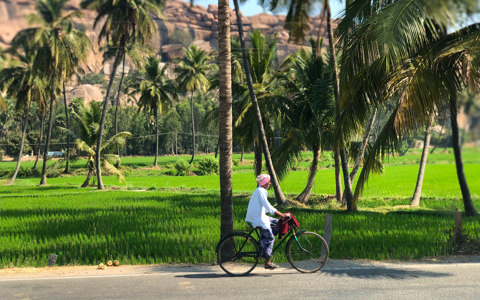 For the first 10 – 30 years the production of these new seed varieties of rice and wheat and their chemical inputs shot up dramatically, staving off an agricultural crisis and food security issues, and also made India an exporter to other nations. The price that was paid has been a decrease in yields, a stronger reliance on chemicals, and with climate change and uncertainty around the weather a lot of farmers have also gone into debt which has caused a lot of distress.

So the quick answer to the use of Regenerative Agriculture in India that was primarily organic in the past and there was a consciousness about the health of topsoil, etc. But the figures today would point to about 200 million people who practice small-scale farming in one form or another and I would say only around 2.5 to 3 million are practicing Regenerative Agriculture across India and these are in small pockets, not in one centralized place. We are hoping it will spread again, the government is now getting involved and there are a lot of NonProfits involved to support these farmers. While uptake might be slow there is hope, as people are very concerned about pesticides in food.

I chaired and invested in a company called Safe Harvest and this was an initiative to address synthetic pesticides in food and the related safety concerns amongst consumers. We focused our efforts on staples such as rice, lentils, and wheat. There are also many places such as Ziro in Arunachal Pradesh where the Apatansi practice organic wet rice farming and fish cultivation. Other communities are saving traditional varieties of seeds through seed saving and exchange. There are also pockets throughout the country protecting seeds, though again in the overall scheme of things it’s a small percentage.

LC: What is your view on the uptake of Nature-based Solutions (NbS) in India? 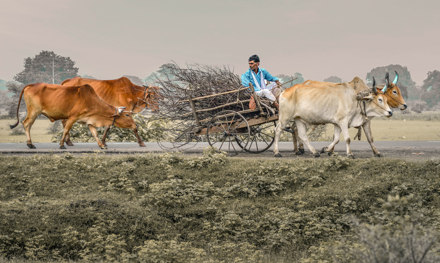 GB: Given the history, the culture and existing traditions I think that it makes sense that people will take it up once again, as it makes economic sense as well. One example is that until recently there have been government provided subsidies for chemical but not organic inputs.

But that is now beginning to change with farmers having less cattle and soil that has hardened under a tropical sun, making farming more difficult so farmers are needing tractors and mechanised ploughs for planting.

Should the factors favor organic farmers I do think that farmers will increasingly adopt NbS such as soil health improvement. People as I have said are concerned about the quality of their food so there is a market. There is hope – the uptake is not slow due to lack of knowledge or capacity but because the system has been broken.

LC: What is it going to take to scale this in the Indian context – given the size of the continent?

GB: The reality of very many small-holders practicing agriculture of different kinds means that we need a certain amount of marketing support. Farmers have begun to get together with the support of intermediary organizations to form producer organizations. There are now Farmer Producer Organisations which play an important role in providing support to farmer groups for both inputs, such as credit and quality seeds, etc. With marketing they can start to negotiate better prices and smart phones, and the internet has assisted greatly in this.

The challenges of transport and logistics also need to be addressed as well as the need for storage facilities (that can also handle long term storage to meet fluctuations in price). There has been a dramatic improvement in these areas, especially in the last 10 years, but there is still some ways to go. 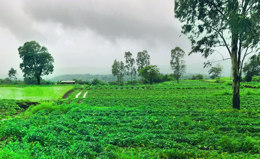 In terms of scaling these are the important issues that need to be addressed and can be done as I mentioned, with Farmer Producer Organizations engaging with both the public and private sectors. This will generate better economic benefits for farmers and through that farmers will be able to see these benefits of new forms of farming – newer in the sense: “Old Wine in New Bottles” after a breakdown in the system we are reviving the traditional methods to suit our modern circumstances with an emphasis on soil health, incorporating biodiversity into the landscape and to some extent rainwater harvesting and storage facilities.

Again, the scale is so vast, however, that it would take time to make a dent, particularly in soil health, microbes, and carbon sequestration.

These are some of the issues that N4J is considering here, and I have been trying to pull together some project concepts that I think might have salience.

LC: Thank you Bala for your insight on India’s growing Regenerative Agriculture movement, we look forward to seeing what comes of this shift in farming communities.